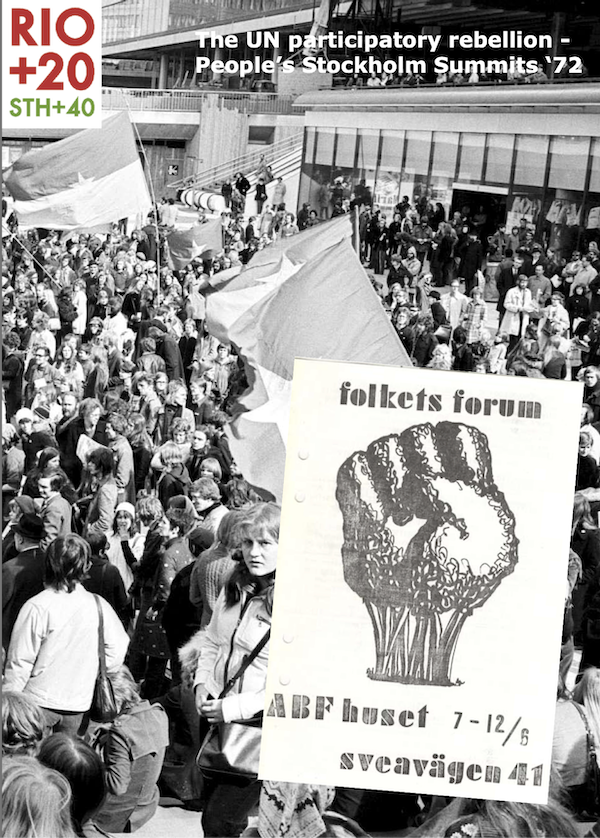 The Environmental Movement: What have we achieved and learned since 1972? 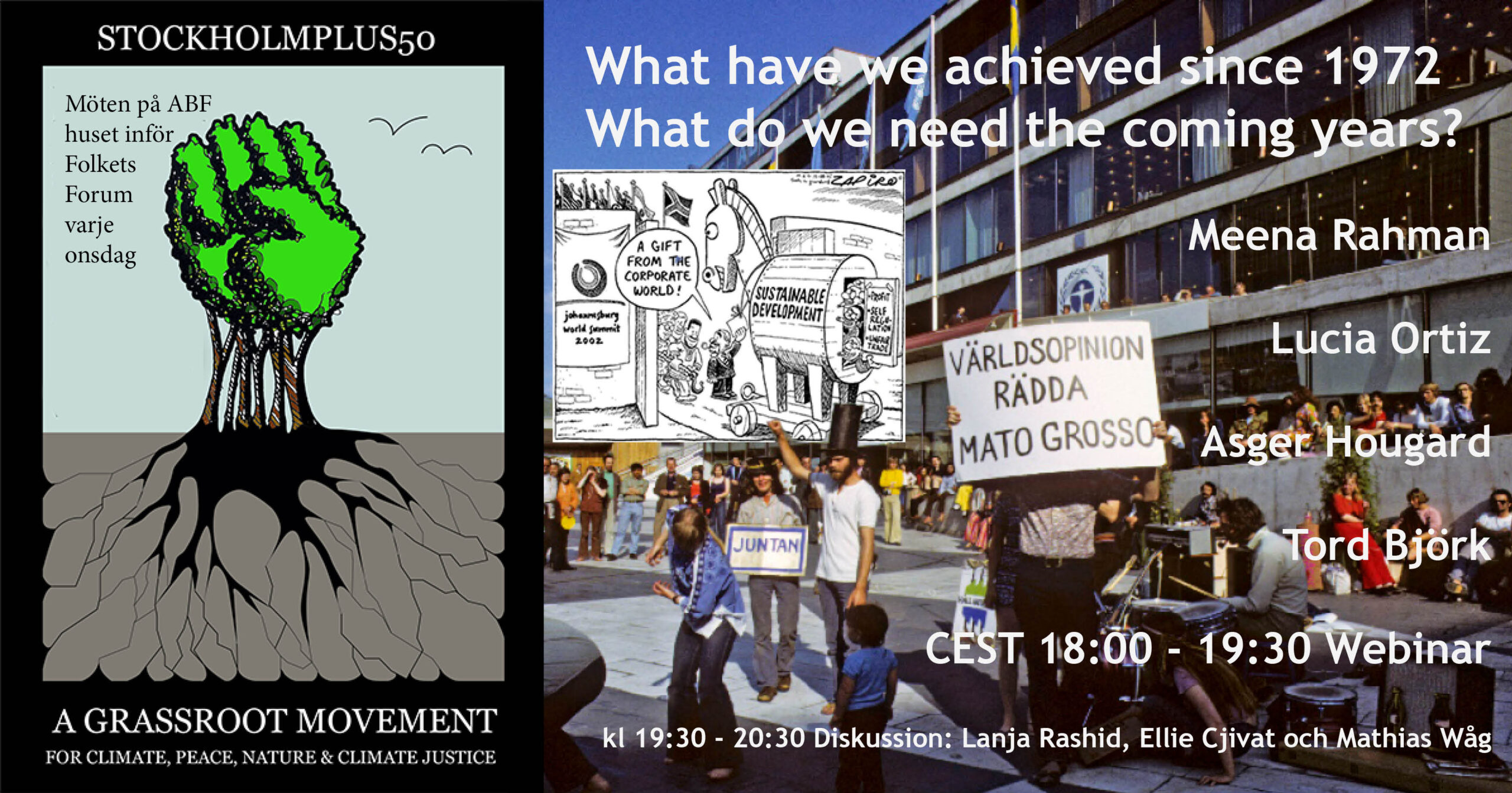 TWN was central in building a global environmental movement and turning FOEI into a global democratic movement, (prerecorded contribution due to time zone differences)

Lucia Ortiz, Friends of the Earth, Latin America and FoE

International Excom member. Lucia Ortiz has been central i Friends of the Earth Brazil during many years and played a key role in People’s Summit during the Rio+20 UN Conference in Rio de Janeiro 2012 where the campaign against corporate capture of the UN was started.

Writing his PhD about Noah including its international work in Stockholm 1972, COP15 2009 and since it started in 1969.
Tord Björk, member of the Powwogroup that initiatied alternative activities to the UN Conference on the Human Environment in Stockholm 1972, active in the environmental, solidarity and peace movement, member of the International Council of World Social Forum

You can find more material here:

Tim Doyle, Australia or Brian Doherty ”Doherty and Doyle explain how resistance from Southern chapters has pushed FoEI to embrace a more radical and less strictly environmental sensibility.”  https://direct.mit.edu/…/Doherty-Brian-and-Timothy…
Tord Björk:  The emergence of popular participation in world politics
An account from a social anthropological angle of the social movement mobilisation before and during the UN conference on human environment in Stockholm 1972. http://folkrorelser.org/inenglish/stockholm72.html
Tord Björk:  The emerging global NGO system
An attempt to explain why a much stronger NGO system had less impact on the UN conference on environment and development in Rio 1992.